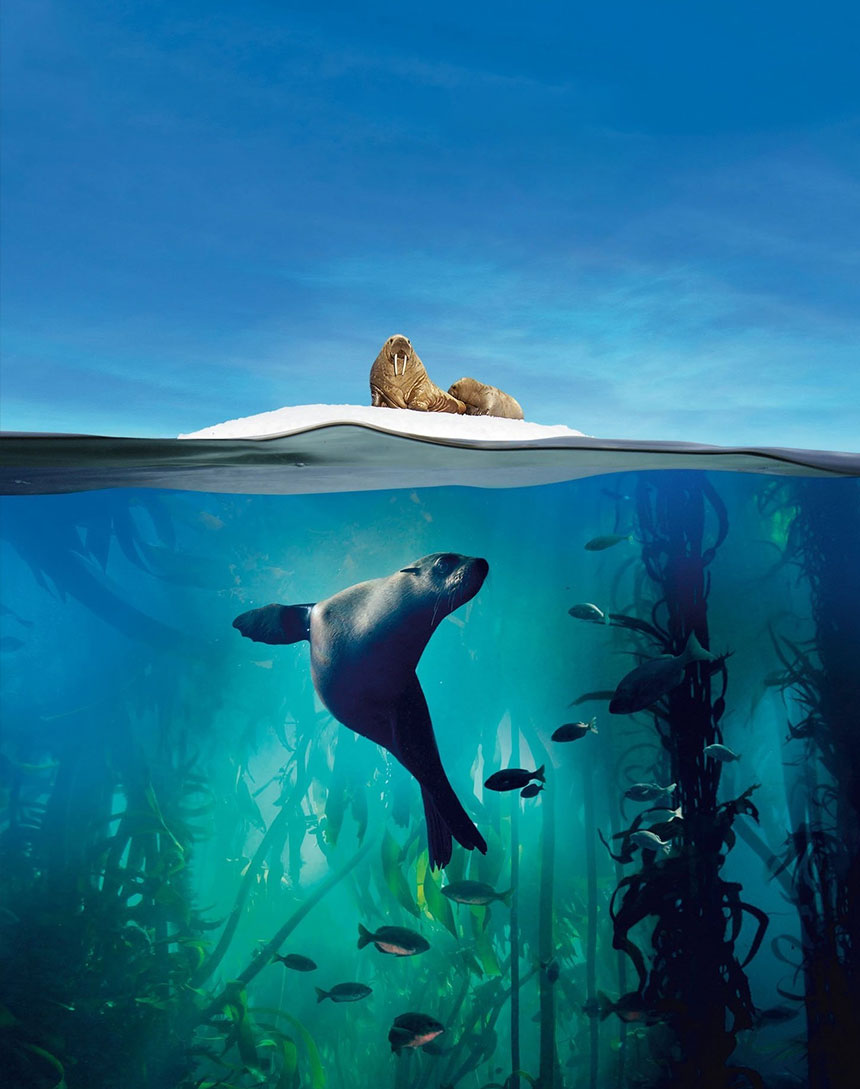 There is not much that Hollywood produces nowadays that interests me. Intellectual nutrition has all but disappeared from popular entertainment. However, this is different. I rarely associate the word majestic with anything seen on a television screen. This is majestic. Blue Planet II is one of those spectacles that everyone needs to see. Everyone!

“This was hypnotic, humbling, majestic television at the top of its game. By comparison anything Hollywood razzmatazz has to offer looks positively beige.” -The Times of London

Blue Planet II takes us into the world of oceans, giving us a dazzling view into a place far more complex and colorful than we could ever imagine. As a youngster one of my favorite television series (1968-1976) was The Undersea World of Jacques Cousteau. His televised undersea adventures and explorations were the highlight of my Sunday evenings, even though we were limited to watching it in black & white (color TV was beyond our means back then).

Blue Planet II is in some ways the evolution of Jacques Cousteau pioneering efforts. Modern technological advances enable us to see the undersea world with astonishing clarity and detail. The effect is awe-inspiring and humbling. We see this world in all its dazzling beauty and complexity and the fascinating instinctive behavior of the creatures that inhabit it.

Blue Planet II is a BBC production, so you may need to do some diligent research to find a way to see it locally. In the United States it is broadcast on BBC America. This is spectacular family entertainment and worth searching out. Not only does it educate, it is some of the best entertainment you will ever see.