This growing photo gallery features Canyon Road, one of my favorite places to stroll in Santa Fe, New Mexico. Home to more than 100 world-class art galleries and boutiques, it is a delight for the senses in every season. Timeless adobe architecture nestled in the natural charm of the Sangre de Cristo foothills makes Canyon Road an unforgettable destination and the jewel of Santa Fe’s art community.

Canyon Road is a long, narrow road a ‘stones throw’ from downtown Santa Fe, that leads to the Sangre de Cristo Mountains. It runs parallel to the Acequia Madre (“mother ditch”), an irrigation ditch dating back to 1680. Prior to Spanish arrival, the road was a footpath between the Santa Fe River Valley and Pecos Pueblo.

Canyon Road was once a residential neighborhood. Houses built in the Pueblo Revival style, in accordance with the local Spanish Colonial and Pueblo methods, were constructed with adobe walls and courtyards, often as compounds for extended families.

For me, the perfect symbiosis of nature’s beauty combined with the earthy appeal of adobe architecture makes Canyon Road unforgettable. This historic street of galleries is as much a work of art as the paintings and sculptures it hosts.

There are two times of the year when the natural beauty of Canyon Road is at its finest (in my humble opinion). In the summer months during monsoon season, the seasonal rains cause the flora of Canyon Road to take center stage. Also, during the fall season, cottonwood trees shimmer with radiant gold colors. If you are ever in Santa Fe, be sure to take a stroll along this fascinating street of galleries! 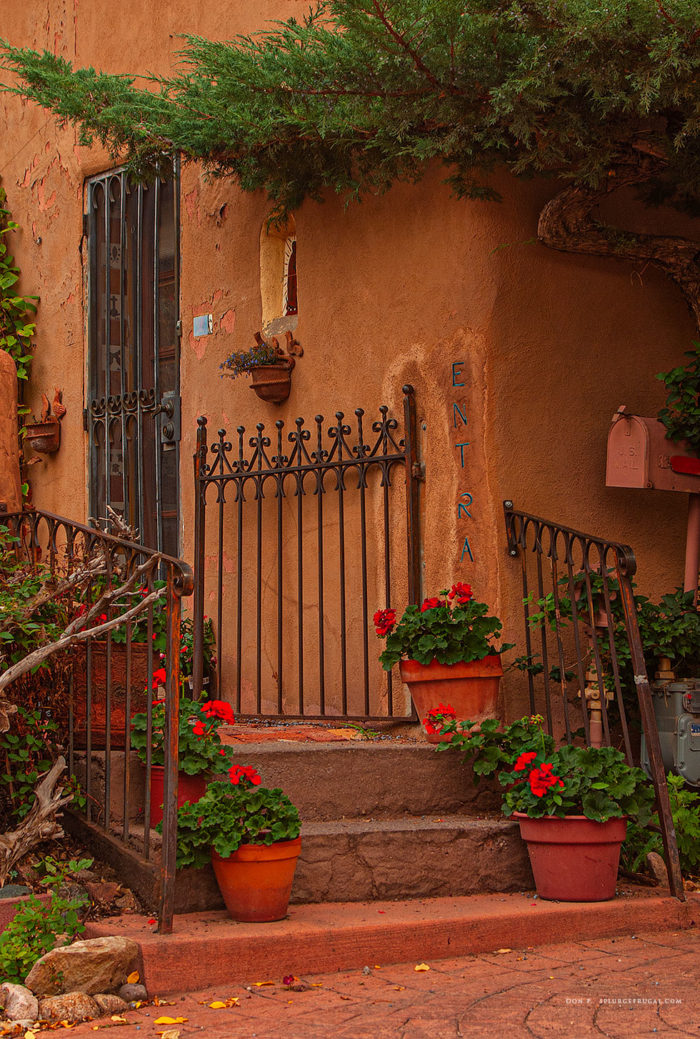 Return soon, more photos to come! In this post, I share why I believe that Santa Fe, New Mexico is America’s Paris! -SplurgeFrugal