This is my last camera! I am content. The odd thing is that I am saying this in 2019 about a 12-megapixel digital camera that was manufactured in 2005. The FujiFilm FinePix S3 Pro, as old as it is, is all the camera I need. In this review, I share why.

This subheading says it all. And, isn’t that what really matters in a camera? The Fujifilm Finepix S3 Pro captures photos with luscious color and dynamic range approaching that of negative film. I have not seen any modern camera that improves upon that basic formula to such a degree that it justifies upgrading. At the 6 or 12megapixels setting, at 100 ISO, when properly metered (shooting in raw mode), this camera will produce photos every bit as appealing as the best DSLR’s currently being produced. The photos are detailed, colorful and engaging. When paired with modern raw editing software such as Adobe Lightroom Classic or Exposure X5 you can extract dynamic range in the shadows and highlights that rivals the best cameras currently made by Canon or Nikon.

Because the FinePix S3 is so good at capturing the full range of light and color in a scene (thanks to the Super CCD sensor), there is a coherence and clarity in photos. Shoot photos of lush landscapes backlit by strong sunlight and you will be able to accurately preserve the highlights in post-processing. Skin tones are realistic. Clearly, Fuji’s heritage as a film manufacturer has a lot to do with the extraordinary color science programmed into this camera.

I feel no need to upgrade. That is the best compliment I can give to any camera. Granted, the camera shows its age in a variety of ways: There is noise creeping into photos above 400 ISO, it takes forever to write raw files to the memory card, and the body feels rather clunky and ancient. Plus, if it breaks, no one, not even Fuji, has the parts to repair it. None of that matters. It’s all about that color! Pair it with your favorite Nikon lenses (it uses a Nikon body and lens mount as the foundation of the camera) and start shooting photos that will satisfy the artist in you.

The FinePix S3 (which I purchased used for $150.00) is now my main camera with its forerunner, the Fujifilm FinePix S2 Pro as a backup. I review that camera below. Everything I say about the FinePix S2 applies to the S3 with the exception of the fact that the S3 does not require 2 CR123a Lithium batteries.

I owned the Fujifilm Finepix S2 Pro for about two years, purchasing it used in 2009 for $125.00. I sold it after purchasing my next used camera, a Canon Rebel XS. Recently, I’ve decided to again purchase three vintage S2 Pro DSLR bodies. Why? The Fujifilm FinePix S2 Pro has become my favorite camera of all time. For sheer image quality, it remains very competitive even by today’s standards.

The Fujifilm Finepix S2 Pro is a 6-megapixel DSLR (12-megapixel interpolated) introduced in 2002 by a company famous for its film products. Of these, Fuji Velvia color film was revered by professional landscape photographers. It has over-the-top saturation, sharpness, and contrast that turns landscape photos into sumptuous eye-candy. By comparison, most digital cameras of the time offered more accurate, and by comparison, more boring color rendition.

FujiFilm Finepix S2 Pro: It’s All About That Color!

The Fujifilm Finepix S2 Pro rendered colors that in many ways mimicked their legendary Velvia color film. That’s what made it so appealing. Most DSLR camera images required a bit of post-processing to make them ‘pop’. That usually included boosting saturation and enhancing contrast. By default, the default jpeg images coming out of the Finepix S2 were already tweaked in camera to have that colorful “Velvia” look. No adjustments were needed. Finally, the S2 Pro has natural skin tone rendition that made it stand out among its competitors.

Although the Fuji Finepix S2 uses a converted Nikon film camera body as its foundation (it also uses the Nikon F lens mount), the look of the images was Fuji’s own. Fuji is a master of color rendition because of its heritage as a film manufacturer. Their color science expertise is built into this camera. This was a camera built with the soul of an artist, not the mind of a technician. It became a cult classic among photographers who yearned for the look of Velvia film in their digital images. It was also loved by wedding photographers for its excellent rendition of skin tones.

The Finepix S2 did have its flaws. The 6-megapixel CCD sensor had a poor reputation for reliability in early production runs. That problem was ironed out in later production. Chances are that if you find a working model of the Finepix S2 Pro, it is most likely a later production run model or has had the sensor replaced. The problematic cameras died pretty early. Also, it requires two different types of batteries: 4 AA batteries and 2 CR123a Lithium batteries. It is a battery hog. Use rechargeable batteries to keep costs down.

I recently purchased another vintage Fujifilm FinePix S2 Pro (Sept. 2017) after lingering regrets over selling my first one a couple of years ago. In fact, I purchased three because they were priced well under $50 each. Why? Even now, there are few cameras I have seen that can match the lovely out-of-camera color rendition of the FinePix S2 Pro. Also, a new photo-editing software I tested, Affinity Photo, does an excellent job of rendering the famed Fuji colors from my raw camera files. 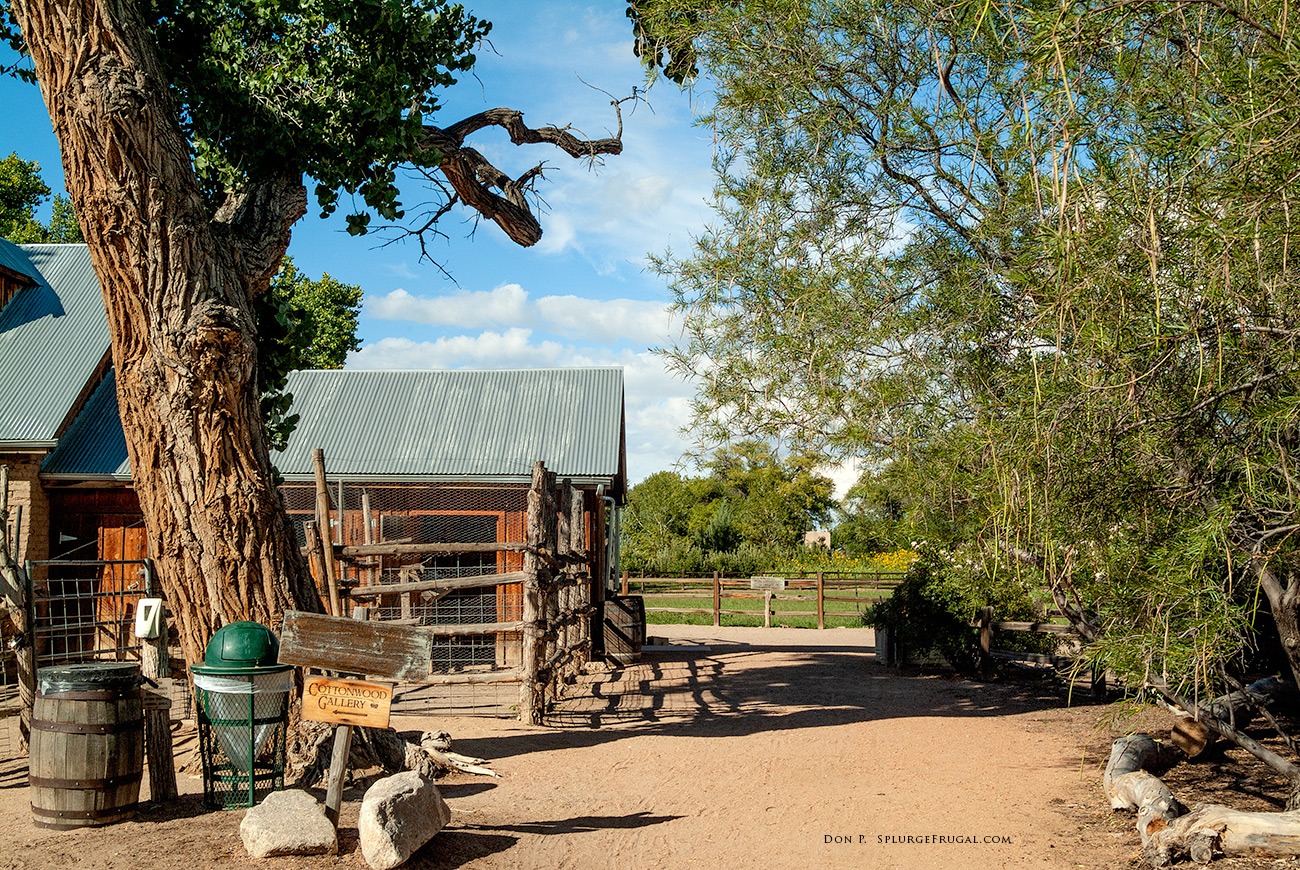 I purchased my used FinePix S2 Pro on eBay with an excellent Tamron 28-75mm XR Di F:2.8 lens for only $65.00 and second Finepix S2 body in working condition for only $45.00. What a deal! Most of the photos added to posts in the past year on this website have been shot with the FinePix S2. I’m in frugal photography paradise!

I currently own three FinePix S2 Pro DSLR bodies. One recently stopped working without warning. So now, I’m down to two working bodies. No one repairs these any longer (not even Fuji) so if you want to shoot with this camera, have a backup. They are so cheap that you can generally find them for well under $50.00 on eBay.

Here are a few photos I shot recently with my vintage FinePix S2 Pro. It may be ‘old as the hills’ for a digital camera but the color rendition straight out of the camera is wonderful. The photos below were shot in raw mode and processed with Capture One Pro 6. Other than some minimal Highlight Recovery the colors are unchanged from the default raw files. These photos above and below were shot at the Annual Albuquerque International Balloon Fiesta in Albuquerque, New Mexico.

Should You Buy a Fujifilm FinePix S2 Pro?

I would not recommend it as your first or main camera for professional work because of its age. It is noisy (grain in photos) above ISO 400, and lacks modern features such as video recording. Also, due to age and wear it may have reliability issues. If you plan to use it as your main camera, buy two S2 bodies since you are unlikely to find anyone who has the parts to repair this camera if needed. They sell for well below $100.00 used on eBay.

It makes a great secondary camera (or main camera with a backup), especially if you already own Nikon lenses (it uses the Nikon F lens mount). If you find a fully working model, you will be pleasantly surprised at how good its images look. Its image quality at base ISO is competitive with some of the best cameras currently available. For that reason alone, the FinePix S2 Pro is worth searching out.

If you shoot raw files, match it with Affinity Photo for excellent raw photo conversions. Affinity Photo, in my opinion, produces much better skin tones and ‘Velvia’ color than Adobe Lightroom by default when converting images from raw. I use it solely for that purpose while doing final editing in Adobe Photoshop. Phase One Capture One is also quite good at doing raw file conversions from the FinePix S2.