Is Santa Fe ‘Better’ Than Albuquerque?

Santa Fe ‘vs’ Albuquerque. Why?

The question Is Santa Fe better than Albuquerque? was posed to me recently on a travel forum. I would not consider Santa Fe a ‘better’ city than Albuquerque… each city has its virtues. Santa Fe is a more beautiful city in the southwestern tradition. It has shrewdly borrowed from its historic roots to fashion an urbane jewel that is a visual tour-de-force of Adobe and Pueblo-style architecture second-to-none. It has world-class art galleries, hotels, spas and restaurants, making it a very desirable travel destination.

Why Santa Fe Is America’s Paris

Albuquerque, on the other hand, is a large working city by southwestern standards. It has to meet the needs of working/middle-class families and the demands of a major urban center. Yet, it also is shaped by culture and history in a way that makes it just as appealing as Santa Fe. Albuquerque is a more affordable option both for residents and travelers (Check out my post on things to do in Historic Old Town Albuquerque).

Route 66 culture mixes with classic southwestern influences in a fascinating way in Albuquerque, The amalgam of Native American, Spanish, and ‘Anglo’ cultures makes it distinct from any other large American urban center. It has a fascinating mix of natural and cultural attractions that makes it the most distinctly ‘un-generic’ metropolis in the US.

The Rail Runner commuter train connects these two cities in such an efficient way that you do not need to choose between them. Visit both to broaden your sampling of the New Mexico experience! Visit Santa Fe for its marvelous immersion into classic Pueblo-style architecture. Visit Albuquerque for its Route 66 culture rooted in the southwestern tradition. Both cities will inspire you! 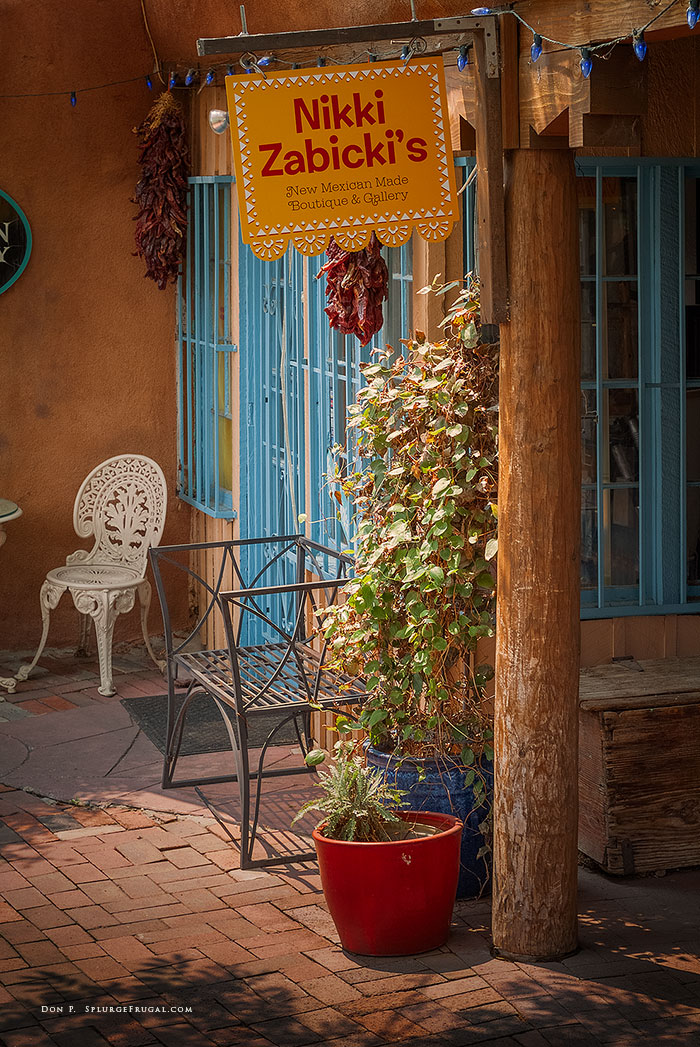